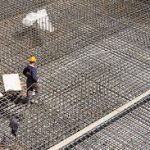 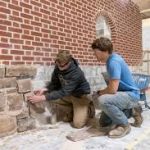 The construction industry is a big and complex one, and like industries of that nature, it is regulated by rules and laws which guide every process in the industry. As a general or sub-contractor, there are laws on how different aspects of the construction work, from the relationship with clients to the building process. Here, we look at the general rules that a contractor has to abide by in their work.

It is essential to understand the construction industry is not an industry on its own but a group of several unique sectors with their specialties. In the same manner, construction law also covers various legal fields from the contract, real estate, finance, employment, insurance, regulatory, environmental, etc. However, construction law has also developed as a unique legal field. As a contractor, rules that you are expected to follow usually fall into several categories, such as:

Contractual agreements are the basis of every construction project. There are usually different contracts such as the general contract, contract with the supplier, and sub-contracts.  These contracts are generally very complicated and come with various clauses, especially as it relates to payment. The wording of agreement and manner of acceptance are also important things. Although it is a private contract, there are times when state laws specify different requirements for such contracts. Beyond the general construction contracts, there are also other agreements between parties that do not have similar importance or weight. Some of these contracts already have set templates, but it is always advisable to use a lawyer’s service, especially on a significant project.

No one can just decide they want to construct a property. Most construction projects require some government approval. The involvement and significance of government approval differ from one project to another, usually determining the project scope and type. Generally, the contractor’s work is to obtain the necessary approval and authorization from the relevant government agency and make sure that they are building the property in compliance with the building codes. The general contractor is also required to have a license in order to perform a particular construction project. Most times, this license is used by the state, and sometimes it is by the municipality. The license is usually subject to renewal, and the contractor must have this license. In some states, performing a construction job without a license is a criminal offense that could come with sanctions such as the contactor not receiving money for work done or, even worse, having to refund everything they have collected.

A contractor also has to be familiar with the state and federal employment laws so they can follow it. Laws dealing with hiring, firing, discrimination, management, hostile work environment, etc. are essential because the liability of running afoul of such laws can be severe.

Construction laws and regulations usually differ from one location to another. This is because the construction industry is not the same all around. It is the contractor’s job to conversant with the law in their area of operations.

Masonry refers to the construction of structures from the individual units. It defines what a mason does, using different materials such as stones, bricks, blocks, and cement. Masonry is one of the most critical jobs in construction and one of the oldest, which explains why it is constantly in high demand. For anyone to be a mason is something that requires skill and expertise. Most times, masons specialize in the use of material for construction. Thus, we have subcategories such as brick masons, stonemasons, cement masons, etc. Generally, masons use mortar to bind the units of their construction together or to balance it when it seems irregular. Using mortar further strengthens the building and improves its ability to withstand different weather conditions.

Roles of a Mason

One of the significant works of a mason is to rehabilitate building structures. Most times, as building ages, it starts to lose its strength and its beauty. Both the mortar and masonry units begin to weaken, which may lead to further problems if it is not quickly fixed. A mason can be called in such an instance to renovate the building and return it to an almost new state.

In order to practice as a mason, there is a need to learn the trade and be certified. A mason certification is not the same as bricklaying because the qualifications for each job are different. The essence of having this certification is so that you will have proof of your expertise in that line of trade. There are also instances where a license is issued based on that certification. Even when it has nothing to do with licensing, a certificate is how your client knows that you truly know what they are asking you to do. Without it, they don’t have any objective method of determining your quality.

The masonry certificate program teaches students all the rudiments and fundamentals of masonry and advanced bricklaying. This includes how to build and maintain brick, concrete, and stone structures. It usually encompasses theoretical and practical knowledge so that students won’t only have the technical knowledge about the industry; they will also know how things are done since they will be doing it. Common masonry courses during the certification program include:

It usually takes between two to four years to enroll in a certification program, but it might take a shorter period where the person is already undergoing a mason apprenticeship. The only qualification usually required is that the person is at least 18 years and has a GED or high school diploma. For more information contact https://www.honolulu-concrete.com/masonry.html.